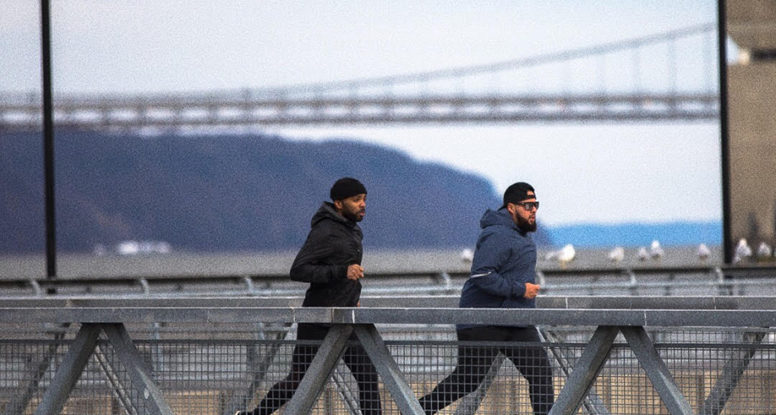 As many great ideas do, Never Not Bootleggin’ (NNB-NYC) started off as a means to an end. Hector Espinal (@Hecisdead) was looking to solve a simple problem: he really wanted a t-shirt he saw on an Instagram page but the person ignored his queries. He brought it up to his good friend and running partner, Adam Francique (@Adamrunsnyc), who quickly assured him that it could be recreated. They only had to worry about getting it printed. Hector and Adam made 3 samples of the shirt with no intentions of ever selling, but once the running community caught wind of what they were doing, their DMs got flooded with requests. The two thought, “Who are we to say no to masses?”

That first design was the Anti Running Running Club. Selling out in 3 days, this first drop sparked the minds of the two re-creators to brand, keep building and keep bootleggin’. During the recent increase in popularity of running culture, runners were used to wearing more traditional active gear to the after race parties. But now, thanks to Adam and Hector, they sport a NNB-NYC shirt, making sure to keep up with Hip-Hop, Pop and Running culture all at the same damn time. 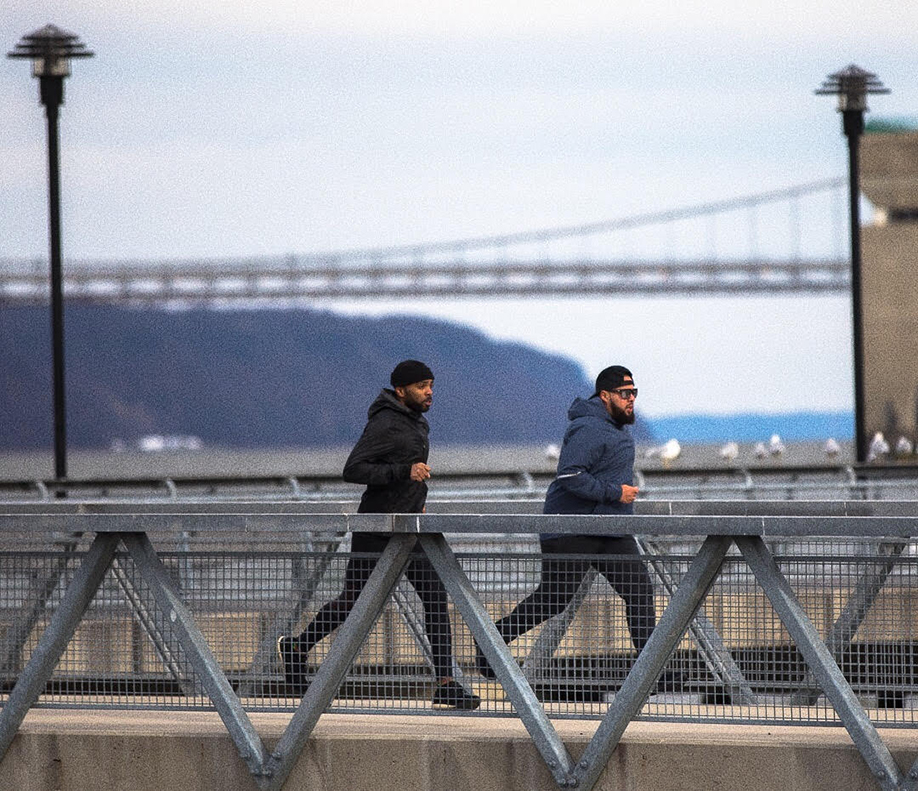 Hector, what is the genesis of the NNB brand? What’s the ethos that underlies it?
NNB started like most of my ideas with a phone call on my couch. About 5 years ago I tried to purchase an Anti Running Running Club singlet from someone in Singapore but he refused to sell me one. I called Adam up and asked him if he could replicate the logo and replied “give me 15 minutes”. 15 mins later I receive and email and a phone call but Adam being the perfectionist that he is noticed that there was a flaw in the original bootlegged design and asked for 5 more minutes to get it right. The plan was to make 3 T-shirts, one T-shirt for me, one for Adam and one for Josh(my partner with WRUCREW). I wore the shirt to host a We run Uptown Monday night run and it got a lot of attention. We started getting DMs asking us where they could purchase a T-shirt so we decided to start a preorder. In our heads we thought if we don’t sell these to the people who want them we’re just as bad as the dude from Singapore so we decided to flood the streets and the rest was history.
The ethos that underlines all the madness at NNB is our hunger to create. Our creative process is very unique and a product of the relationship between Adam and I. It’s magic every time we link up.
How has running changed your lifestyle? And has the pandemic changed your relationship with the sport?
Running has been the catalyst to the uphill trajectory that my life has been heading since 2013. Running has given me the keys to doors that I didn’t even know existed. Running has allowed me to see more of the world in the last 8 years than in the 21 years prior to that. I’ve learned a lot about myself because of running, there’s a connection that happens between my mind and body while running long distances that gives me a lot of clarity. After running the NYC marathon I was no longer scared of failure. My mantra after that was “if I could run the NYC marathon I can do anything”.
The pandemic has made me much more independent when it comes to my personal fitness. Ever since I started running I’ve been very dependent on the people who would join me either at the gym or on a run. The pandemic made me realize that everyone’s fitness goals are personal and can only be achieved by that person. It showed me that running is a team sport with individual goals. I’ve learned to find solace on my solo runs.
There are many moments when managing your own business isn’t fun.  What keeps you going?  What do you see for the future of NNB?
I know I speak for Adam and I when I say that our boys are what keeps the machine up and running. We created our inspiration and these boys are a spitting image of us. When juggling WRUCREW, NNB, or AFTER:MILES no matter how overwhelmed I get I remind myself how much blood, sweat and tears we’ve put into all of this. The sacrifices we’ve made outweigh any bump in the road and like I said earlier “if I could run the NYC marathon I can do anything”.
The future of NNB looks promising. We want to start collaborating with more lifestyle and running brands as well as getting into more brick and mortar retail locations. We want to continue to push the envelope and keep having fun creating.
What do you take as inspiration from NYC’s running culture?  How have you seen this culture evolve over the years?
My biggest inspiration from NYC has to be our hustle. It’s unmatched. Our ability to make something out of nothing. Over the last 8 years I’ve met a lot of amazing people in and out of the running community but there is a certain Sazòn to us New Yorkers that you can find anywhere else in the world. Uptown has always been known for setting trends from NYC fashion to the birthplace of hip hop that all came from North of Central Park. I’ve watched the running community grow exponentially over the last 8 years. Shout out to Mike Saes and the Bridge Runners for paving the way, I’m not sure if Mike Saes knew this would get this big and that our city would be such a driving force to such a global movement.
What does the future of run culture look like to you?
To me the future of run culture is the YOUTH! If we can inspire the next generation to get started earlier than we did then we can impact some lives in a major way. It’s the trickle down effect. Each one teach one. The earlier we start to introduce running into our communities the stronger the movement will become. Health is wealth, running is a lifestyle and not a regiment.