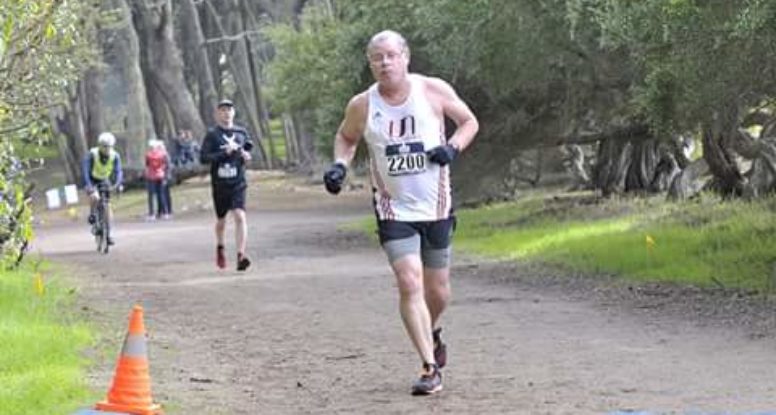 Herbie, you’re a very recognizable member of the Williamsburg community, and have been for quite some time. What brought you to Williamsburg and how did you get into running?

I came to the United States and Brooklyn New York from Puerto Rico in 1961 when I was 5 years old. I went to elementary school and high school here in Brooklyn, and then after high school I went to New York City Community College (now called New York Technical). Originally, I was a baseball player. I was always the fastest guy on my team, and one time I ran a race at 6 minute pace without any training. A guy I knew convinced me to try out the sport of running, and so I started to train with the Van Cortland track club. After that, in 1986, there was a group called The Kangaroos that had a sponsorship, and I joined them as one of the local runners.  Ever since, I’ve been running, training, and going to races around Brooklyn and Williamsburg. 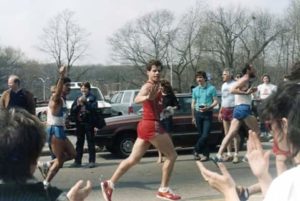 What else do you like to do outside of running?

I do baseball coaching and I teach pre-kindergarten classes. Some of the kids that I teach are from the neighborhood and I try and promote health, fitness, and the sport of running. I also work at the other independent running store in the area, Urban Athletics.

What’s your favorite place to train?

I like to run on the roads. I like the Bridge runs. Not so much the Brooklyn bridge, because it’s too crowded, but the Williamsburg Bridge is great. It’s good hill training, and that’s where I go when it snows because it gets plowed and it’s pretty safe.

What are you training for now?

I’m training for the 5k, the mile, I want to run a good mile. I’m also getting ready for cross country in the fall. I also always run the Race for Breast Cancer. See my pink ribbon? That’s for my mom. My mother died in 2014 from breast cancer. As a matter of fact, July 17th is her anniversary, 2 years.

Are you going to run the Brooklyn Mile?

Yeah! Of course, I’m trying to get a couple of guys to come out too. I want to run the competitive race. The Brooklyn runners need to come out here!

What’s your impression of the neighborhood in Williamsburg, as well as the running scene here?

The neighborhood is definitely changing, but a lot of it is good change. I love what the sport of running has brought to New York City and I love that you guys are trying to bring it more to this neighborhood. I think the running and the club scene are great; there are a lot of races. I think it should be more competitive though! New England has a lot of very competitive teams with people racing at the highest levels and we need to match that here in New York. It’s all about the competition! The master’s scene is great though, I think the competition there is actually very good. 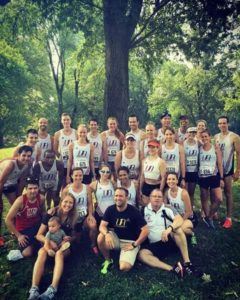