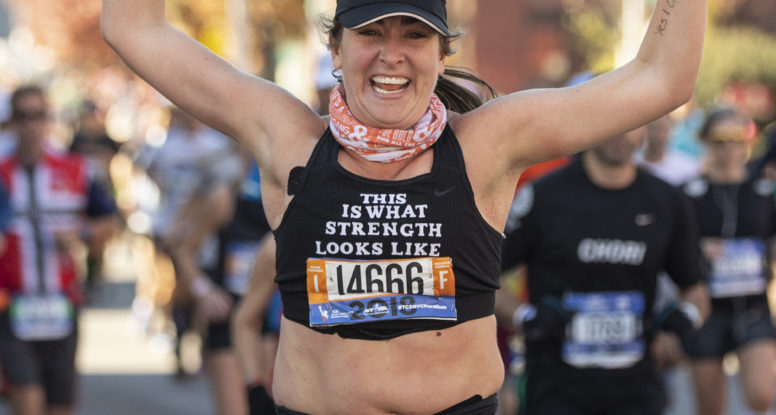 in Blogs  by Brooklyn Running Company June 27, 2019June 29, 2019 0 comments
Kelly Roberts is a Brooklyn based running coach and creator of the storytelling platform She Can & She Did, the #SportsBraSquad, an initiative redefining what strength looks like, and the Run, Selfie, Repeat podcast.
1. What got you started running? And what keeps you going?
Honestly, I was just desperate enough to start running. I was depressed, lost, and feeling really unsure of myself. I was in a really bad place. It was Thanksgiving morning and I hadn’t been sleeping. Normally, when I was having a breakdown, I’d made a habit of going to the gym and exhausting myself until I felt like I could sleep but because it was a holiday, the gym was closed. I felt like I needed to do something so I decided to try to run. I’d tried running throughout my teens and twenties because I thought running would make me skinny but it never felt doable. I’d always take off, find myself gasping for breath a few minutes in, and then I’d walk home defeated. But that day, when I got to the end of my block and needed to walk, I didn’t turn around and go home like I’d always done in the past. I kept walking. Then I ran a little. Walked some more. And I did that until I did about 3 or 4 miles. I didn’t really set out to become a runner but running ended up helping me find purpose and a way to believe in myself again. Now, I run because I love how it makes me feel. I love how easy it is to connect with a really driven community. And I really, really love how running has changed the way I see myself and what I think I’m capable of.
2. Do you have any running or running related goals for 2019/2020?
I want to run a 3 hour 30-minute marathon and BQ at this year’s Chicago Marathon. I’ve been trying (and failing) for three years now and I have to shave 12 minutes off my personal best to make that crazy dream a reality. It still feels really intimidating and impossible.
3. What’s your favorite part of the NYC running community and what parts do you feel need to be invested in the most?
It’s really incredible how diverse the running scene is. From people who like to casually run here or there to people looking to run their first or tenth marathon, it doesn’t matter what athletic level you’re at or what your goals are, there’s a crew (or multiple crews) for you. I had no idea! It took me two years to muster the courage to start to run with people because I was so terrified of being judged or left behind. I had this perception that running groups were only for super serious runners who ran blazingly fast. I couldn’t have been more wrong. It amazes me how hard all of the leaders of the different groups and crews work. They’re out there hyping their workouts, meetups, and unsanctioned races. They go out of their way to make them fun and unique, and foster connection. It’s the most selfless and remarkable commitment. They’re what we all should be invested in. Not just to grow the different movements, but to help our innovative community leaders throughout the running community continue to think outside the box, get more people running, moving, and connecting, and find ways to take running further than the New York City Marathon or a race in Central Park. 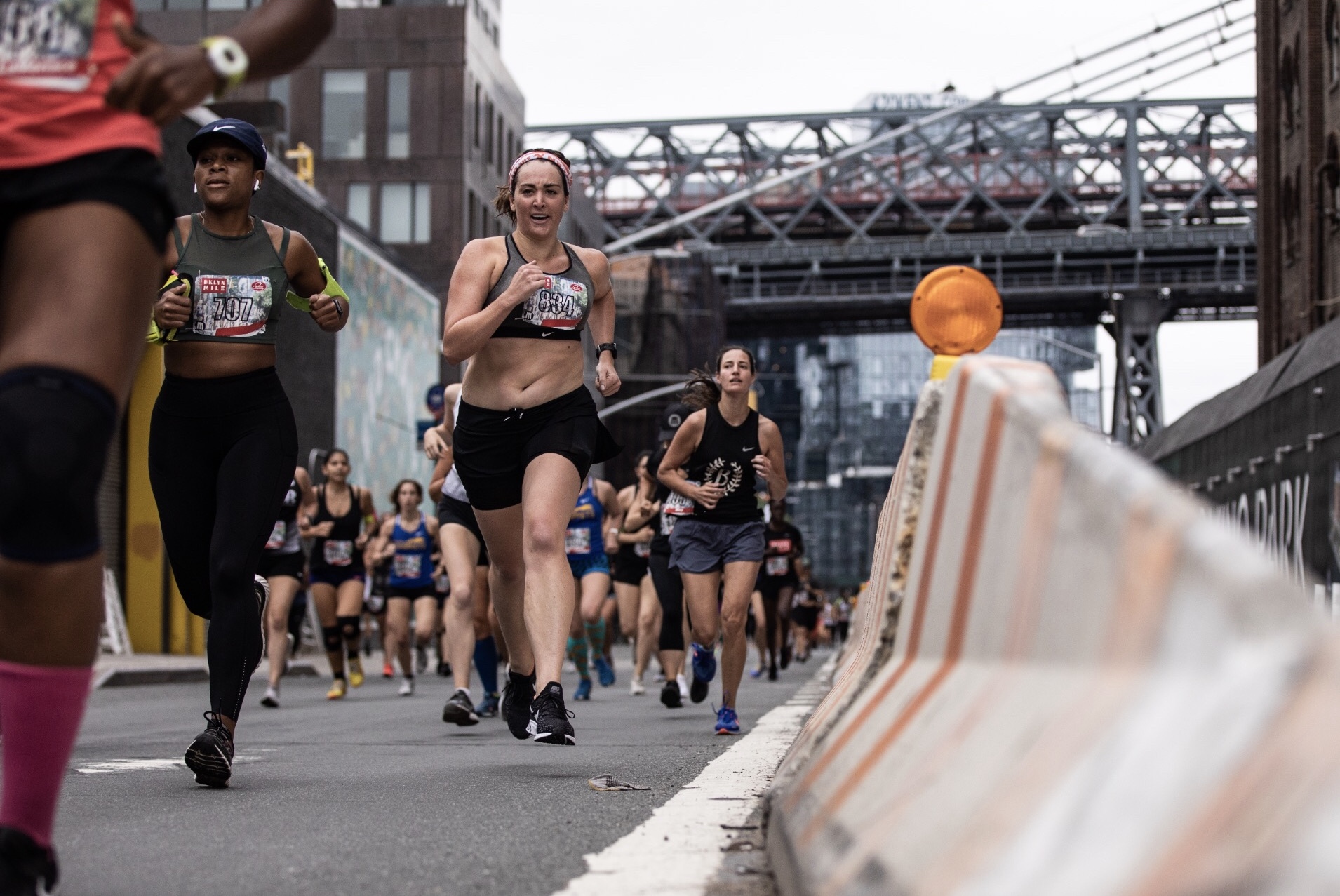 4. What’s the mission of the Bad Ass Lady Gang and what sort of message are you hoping to transmit?
The Badass Lady Gang started a few years ago as a way to connect women virtually in a private Facebook group. When I started my blog, there weren’t a lot of people online who I related to. I’m a pretty terrible runner yet I can’t imagine my life without running. I wanted to be able to make fun of myself and how hard I consistently struggle and by doing that, this online community emerged. And within this community, I started seeing just how real this loneliness epidemic is. Even though so many women were finding connection in these online groups, they all wished they had a group they could connect within their communities. So I decided to see if there were women who were willing to volunteer their time to bring the Badass Lady Gang to their local communities. Pretty quickly, the Badass Lady Gang popped up in over 50 cities around the world.
I like to say that the Badass Lady Gang is community first and a fun workout second. The more I talked with women in my online community, the more I realized that traditional group runs were a barrier for entry for most of them. They not only worked full time but many of them have kids. They didn’t have a night to devote to a group run because their schedules were unpredictable. And for most, even if they could run 4+ miles, they wouldn’t show up to a group run because they didn’t feel like they belonged. The way our runs are structured, you’re never outside of yelling distance from each other so there’s never a fast group or slow group. Everyone moves at their own pace and is encouraged to get to know the women around them. The workouts top out around 2 miles (some women can get around 3 or 4 miles if they’re feeling spicy) but they’re all about having fun and meeting new women in your community.
5. What’s your favorite run to do in NYC?
Brooklyn Bridge Park. I moved to New York in 2013 and it still feels surreal to see the downtown Manhattan skyline. After I graduated from college, I was too afraid to move here. I convinced myself I’d never be able to make enough money to live in New York. But running a marathon really was the thing that helped me take that leap of faith and move here. And granted, it’s been a huge struggle from the day I got here. New York really knows how to kick your ass but I don’t think I’ve ever run along the water and not felt truly grateful or inspired by this crazy city. Just today, I spent an hour stomping around my apartment, dreading my long run. But once I got to Brooklyn Bridge Park, I was smiling. There’s something about it that just puts everything back into perspective. I wouldn’t call it magic, but it’s pretty close. 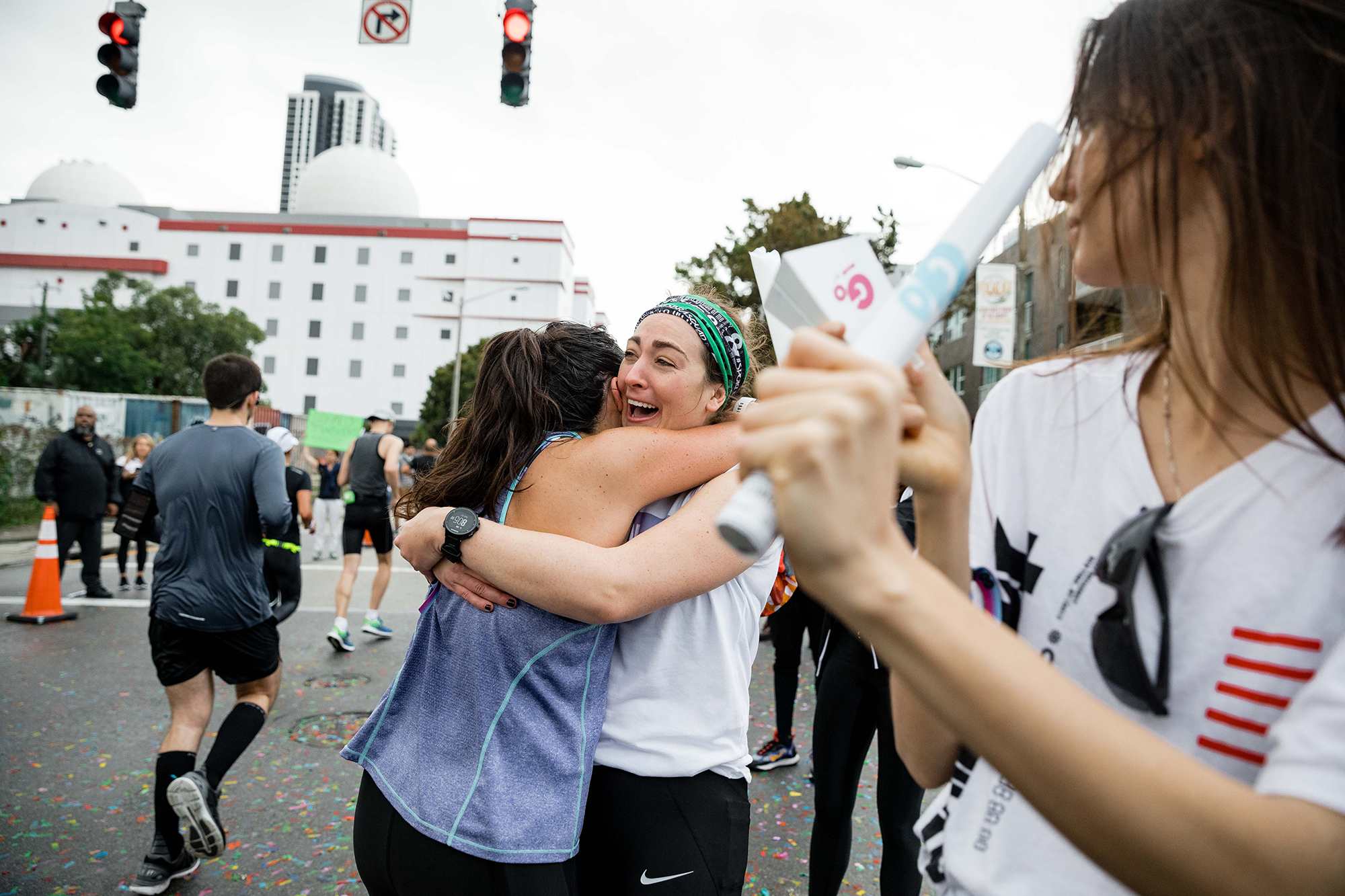